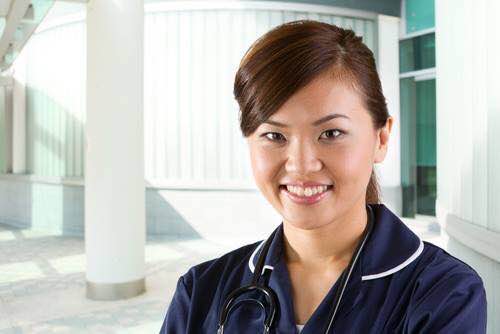 Tens of thousands of patients are being prematurely warned they could be about to die because of a defective diagnostic method used across the NHS.

Experts have said families and loved ones are being needlessly worried after new research showed the tool over-predicted the chances of death more often than not.

The so-called “surprise question”, encourages doctors to ask themselves “Would you be surprised if this patient were to die in the next few months, weeks, days?”

A wide scale analysis by University College London found that more than half of those predicted to die within a specific time lived longer than expected.

It means that care for those patients is being moved onto a end-of-life footing earlier than necessary.

The research also revealed that the unreliability of the question, which forms one of several diagnostic criteria, means other patients who really are about to die and need palliative care are not receiving it.

The method is referenced in guidance published by the National Institute for Health and Care Excellence, and is widely used by doctors across the NHS.

Last night, however, the organisation sought to distance itself from the decision-making tool.

Dr Bill Noble, Medical Director at Marie Curie, which funded the research, said: “The rigid application of survival estimates is not an accurate clinical tool and unfortunately it worries more people than it needs to.

“For some families, even the idea that a relative is facing their last piece of life is anathema; it’s something they cannot handle.”

For patients with a terminal illness, palliative care shifts clinical focus towards quality of life, symptom management and mentally preparing a patient and their family for death.

Opportunities to treat the underlying illness and improve a patient’s condition are still taken, however in the past these have been ignored under over-rigid palliative regimes such as the now discredited Liverpool Care Pathway, where people were sedated and left to die without fluids.

The UCL study, which is published in the journal BMC medicine, looked at 25,718 predictions made by clinicians using the surprise question over a ten-year period.

The results indicated that doctors were slightly better at predicting the survival of patients with cancer, supporting the idea the disease has a more predictable trajectory.

Dr Noble said trying to put a time frame on death was “like predicting the weather”.

“An accurate prognosis concerning the length of a terminal illness can be a really difficult thing for clinicians to get right, even for people in the advanced stages,” he said.

Baroness Ilora Finlay, a crossbench peer and professor in palliative medicine, expressed concern over the people whose chances of death were underestimated by the surprise question.

“There may well be patients who are not getting the benefit of care with a palliative approach because of wrong prognosis,” she said.

A spokesman for Nice said: “Nice does not recommend the ‘surprise question’ as a way to identify whether someone should receive palliative care.

“Our guidance signposts decision tools made by other professional bodies, but we have been clear in pointing out that there is no infallible method of identifying the likelihood of dying in any given time-frame.

“Every patient needs to be treated as a unique person.”

This article was taken from: http://www.telegraph.co.uk/news/2017/08/02/surprise-question-puts-thousands-premature-end-of-life-nhs-footing/

Half of Scottish nurses warn care damaged by staff shortages Nearly all men over 60 and women over 75 eligible for statins, analysis suggests