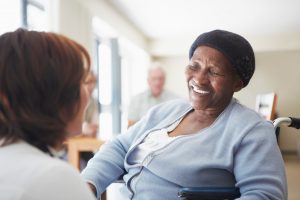 This article was taken from: https://www.theguardian.com/society/2018/oct/08/test-could-predict-risk-of-future-heart-disease-for-just-40

A one-off genetic test costing less than £40 can show if a person is born with a predisposition to heart disease.

The Genomic Risk Score (GRS) test is cheap enough to allow population-wide screening of children, researchers believe. Medical and lifestyle interventions could then be employed to reduce the chances of those most at risk of suffering heart attacks in adulthood.

A study found that participants with a GRS in the top 20% were more than four times more likely to develop coronary heart disease than those with scores in the bottom 20%. Many in the “at risk” category lacked the usual heart disease indicators, such as high cholesterol and blood pressure.

Senior author Sir Nilesh Samani, the professor of cardiology at the University of Leicester and medical director of the British Heart Foundation charity, said: “At the moment, we assess people for their risk of coronary heart disease in their 40s through NHS health checks. But we know this is imprecise and also that coronary heart disease starts much earlier, several decades before symptoms develop.

“Therefore, if we are going to do true prevention, we need to identify those at increased risk much earlier. This study shows that the GRS can now identify such individuals.

“Applying it could provide a most cost-effective way of preventing the enormous burden of coronary heart disease, by helping doctors select patients who would most benefit from interventions.”

Coronary heart disease is the leading cause of death worldwide and claims 66,000 lives each year in the UK. Healthcare costs related to heart and circulatory diseases in the UK are estimated at £9bn per year.

Currently, doctors use a scoring system based on lifestyle and clinical conditions such as cholesterol level, blood pressure and diabetes to identify people at risk of heart disease. But this method is imprecise and age dependent, and misses a large proportion of individuals who appear “healthy” but still develop the disease, the researchers claim.

To develop the GRS test, the scientists mined “big data” from 1.7m genetic variants in people’s DNA and analysed DNA samples from almost half a million participants in the UK Biobank project aged 40 to 69. The Biobank holds a trove of detailed health and genetic information on around 500,000 people to assist with research. Among the GRS study group were 22,000 people with coronary heart disease.

The GRS test was better at predicting a person’s risk of developing heart disease than each of the classic risk factors alone, the research showed.

Men who appeared healthy according to current NHS standards but had a high GRS score were just as likely to develop heart disease as those with a low GRS score and two conventional risk factors. Because DNA sequences are generally fixed from birth, the GRS test can be used at any age. This raises the possibility of screening children or even infants for future risk of heart disease.

The cost of genotyping to calculate GRS score is less than $50 (£38), said the team, whose findings are reported in the Journal of the American College of Cardiology.

The study was part-funded by the British Heart Foundation.